Home > Stories > Vaishali Can Finally Smile From Ear to Ear!

Vaishali Can Finally Smile From Ear to Ear!

For all the seven years of her life, Vaishali wondered why God had been unkind to her. One of five siblings, she was the only one to have a cleft.

For all the seven years of her life, Vaishali wondered why God had been unkind to her. One of five siblings, she was the only one to have a cleft. Her brothers and sisters led a regular life — they went to school, had friends, and played with other kids every evening. Vaishali, on the other hand, wanted nothing more than to live like them, to deal with mundane issues like arithmetic homework and arguments with classmates. She neither went to school nor had any friends. She would hide behind her mother and hang around their tiny home in Thane. The child of a begari worker (labourer), Vaishali had resigned herself to live a life of isolation. Her parents did not know what cleft was, or that it was treatable. They could barely survive on their meagre income, let alone seek treatment for Vaishali.

But fate had other plans for Vaishali. A social worker named Sharvari found out about Vaishali’s condition and sought out her parents. She informed them that the cleft could be treated with a surgery that would be provided free of cost by a Smile Train partner hospital in Mumbai. Vaishali’s parents were extremely reluctant, as they did not believe that the surgery would be provided for free, or that a cleft that had been a part of their daughter’s life for so many years could be fixed with such a short surgery.

After a lot of convincing, Vaishali’s parents, Somnath and Alka made the journey to the hospital. After meeting Dr Bharati Khandekar, they were ecstatic to learn that Vaishali’s cleft surgery would indeed be provided free of cost, and could be performed without any delay. 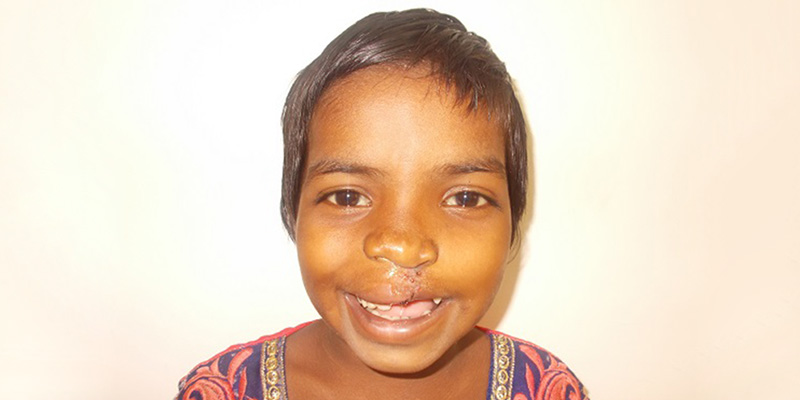 Today, Vaishali can’t stop smiling. She looks at the mirror with delight and looks forward to going to school. She got her long-awaited smile and the life she always dreamed about!

As shared by the Smile Train India team.

Patient
35,000 surgeries — Another Smilestone Achieved!
Situated on the banks of the river Ganga, Varanasi, also known as Benaras or Kashi, is...
READ

Community
Spreading Smiles is my Passion!
Most people know that a sparkling smile goes hand in hand with life in the public eye,...
READ

Partner
To new beginnings and new smiles!
I was born in 1947, during the dawn of India’s Independence — a time that promised...
READ