Home > Stories > A Smile That Cannot Be Eclipsed!

A Smile That Cannot Be Eclipsed!

When our little baby boy was born, our happiness knew no bounds. However, our joy was short-lived. When we saw his face, we did not know what to think, because we did not know anything about the birth difference that he was born with.

Though he was a healthy baby otherwise, that fact did nothing to console us. The comments of our relatives and neighbours didn’t help, either. They said that our son had an untreatable “deformity” because he was born during an eclipse. 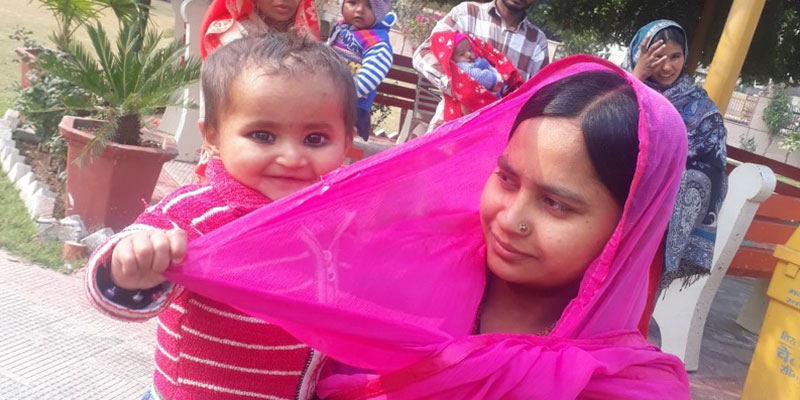 We loved our son’s smile the way it was, but could not stop worrying about his future. Would the other kids tease him? What would people say? Would he get a job when he grew up? These thoughts kept us up at night, as we did not know that his condition was correctible. We didn’t give up though, and kept searching for answers, until one day, we found them in a little town called Amroha. At the health and awareness camp organized by local doctors of the Amroha district, we got to know that our son’s condition is called cleft lip and palate, and that it can be treated with a surgery as short as 45 minutes. This news gave us a glimmer of hope, but our immediate reaction was to wonder if we could afford such a huge healthcare expense. Imagine our surprise when they told us that an NGO called Smile Train India supports such surgeries free of cost!

The next thing we knew, we were on a long journey towards a hospital in Hisar, Haryana; travelling in a bus arranged for us by the hospital. The surgery was scheduled at the Aabhari Plastic Surgery Centre, where Dr. Sanjay Sheoran gave our son a new smile and a new life. That’s when we realized why doctors are equated to God in our country. We thank Dr. Sheoran and his team for everything that they have done for us. Their work to help other poor families seeking cleft treatment in India is truly commendable.

When we saw our son after his surgery, we thanked Allah for answering our prayers by sending help through the Smile Train Team. We have named our little boy Mohammed, after the Prophet!

Patient
35,000 surgeries — Another Smilestone Achieved!
Situated on the banks of the river Ganga, Varanasi, also known as Benaras or Kashi, is...
READ

Community
Spreading Smiles is my Passion!
Most people know that a sparkling smile goes hand in hand with life in the public eye,...
READ

Partner
To new beginnings and new smiles!
I was born in 1947, during the dawn of India’s Independence — a time that promised...
READ