Samrat Was Always a Perfect Baby

Kavita and Amol felt they had everything they needed. Amol’s income as a private chauffeur wasn’t much, but it was enough to allow Kavita to stay home to raise their daughter — with lots of help from their extended family, with whom they shared one small but loving roof.

Kavita and Amol felt they had everything they needed. Amol’s income as a private chauffeur wasn’t much, but it was enough to allow Kavita to stay home to raise their daughter — with lots of help from their extended family, with whom they shared one small but loving roof.

When Kavita received the news that she was expecting another child, the entire family was thrilled; when the ultrasound revealed no issues, they prepared their hearts and home to welcome another healthy baby.

A few months later, Kavita snuggled little Samrat in her arms for the first time. That’s also when she first saw his cleft. 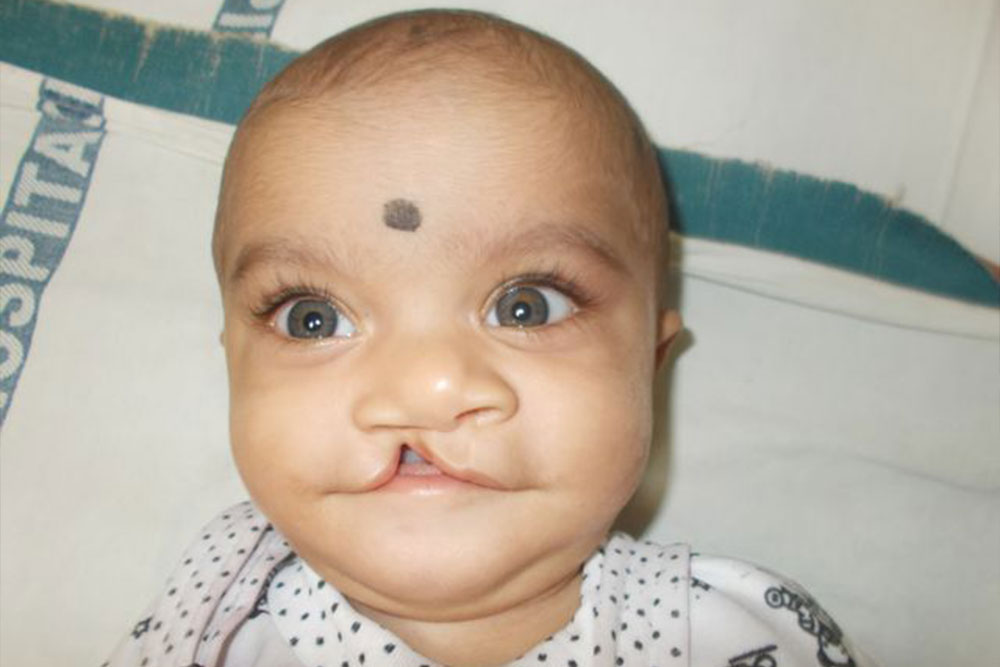 “We were baffled upon seeing the baby, as we were unaware of the situation and had no family history of cleft, either. However, it did not bother us that much, as we were overjoyed at having our baby", she said. “We were grateful and stayed in the moment. Samrat was a lovely, chubby baby with beautiful eyes, and that was so beautiful to see”.

Though the hospital staff didn’t have any advice on what special care Samrat would need because of his cleft, for Kavita, the knowledge that she would never face these challenges alone was a source of deep comfort.

“He was welcomed with love by the whole family", she said.

But love, even a big, warm family full of it, was not enough on its own. Samrat’s breathing was never normal. And though Kavita thought she had discovered a way to feed him without his cleft causing him to choke on the milk, it soon became clear that he had mostly been swallowing air. He was skin and bones after three weeks.

Meanwhile, rumours about Kavita and Samrat had been swirling amongst her neighbours from the moment she brought him home. She couldn’t walk outside without snide, half-whispered slanders stinging her ears.

She didn’t care. Her baby needed help, and she would not allow ignorance to harm him any further.

Kavita blew past staring eyes and cursing lips to bring Samrat to a different hospital from where he had been born. A doctor there gave Kavita advice that helped her nurse him back to a healthy weight, but it was a nurse’s advice that gave him a real second chance at life.

“Go to Godrej Memorial Hospital", she said. “There, your son will receive all the care he needs, for free”.

The family hastened to Godrej, where they were warmly greeted by Dr Bharati Khandekar and her whole multidisciplinary cleft team. Dr Bharati walked Kavita and Amol through Samrat’s ideal treatment journey from that day until adulthood, then reassured them that all of this care would always be free, thanks to Smile Train and its donors.

“It was such a huge relief to know that Smile Train would take care of all expenses. It would have been impossible for us to arrange the money otherwise", Kavita said.

Still, even the best-laid preparations often hit a wall of reality, and for all the trust they put into their cleft team, they were so anxious on the day of Samrat’s cleft surgery that they nearly broke down when the time came to hand him over to Dr Bharati. The team understood. A social worker and Dr Bharati herself comforted them until they were ready. 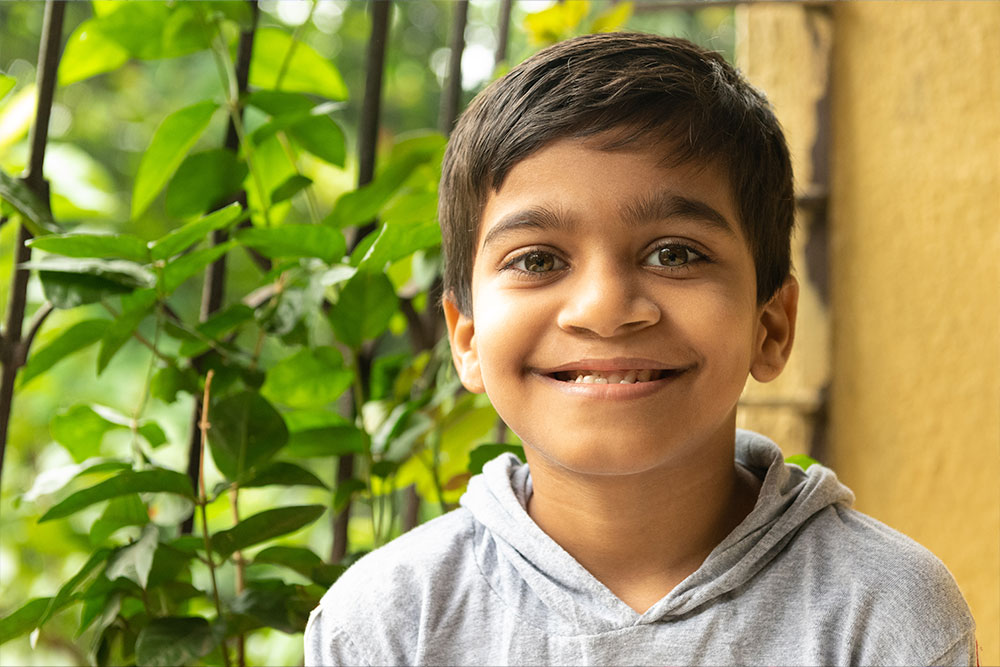 Just a few hours later… “The result was incredible", Kavita said. “We were so happy and relieved that everything went off well”.

Everyone in their town was amazed to see Samrat’s new smile and celebrated his transformation alongside his family. They now understood the truth about clefts — they are a treatable medical condition and are never anyone’s fault. 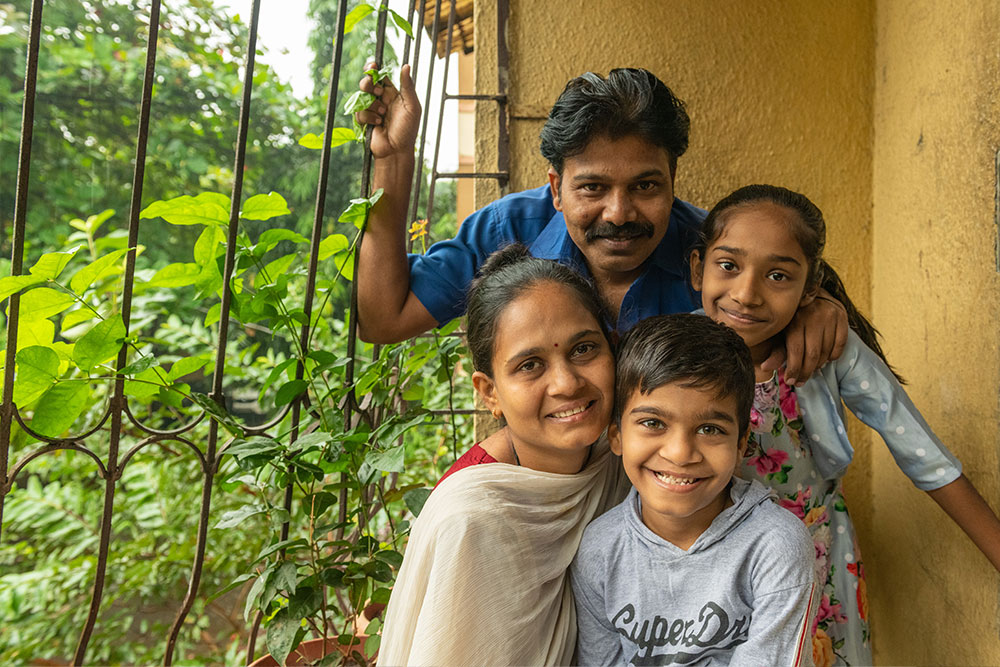 Kavita and Amol’s joy over Samrat’s surgery was never just about his smile. They loved his old one, too, after all, from the first moment they saw it. Their priorities were more fundamental. “He can eat and breathe properly now. This was our only concern", Kativa said. 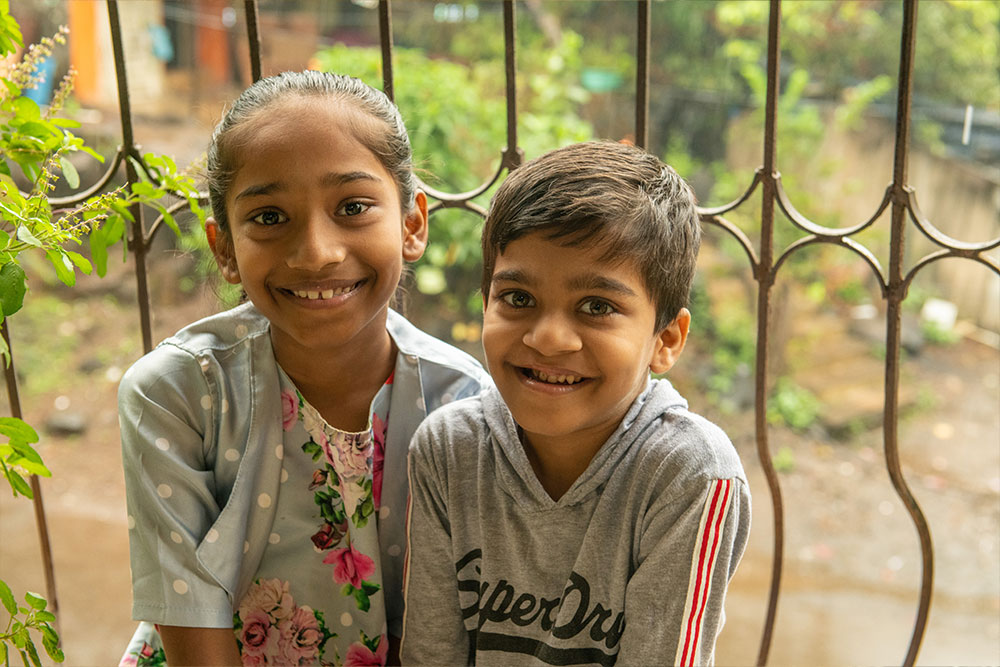 Now that he could eat and breathe, his family — especially his big sister — couldn’t stop feeding him and playing with him until he ran out of breath. 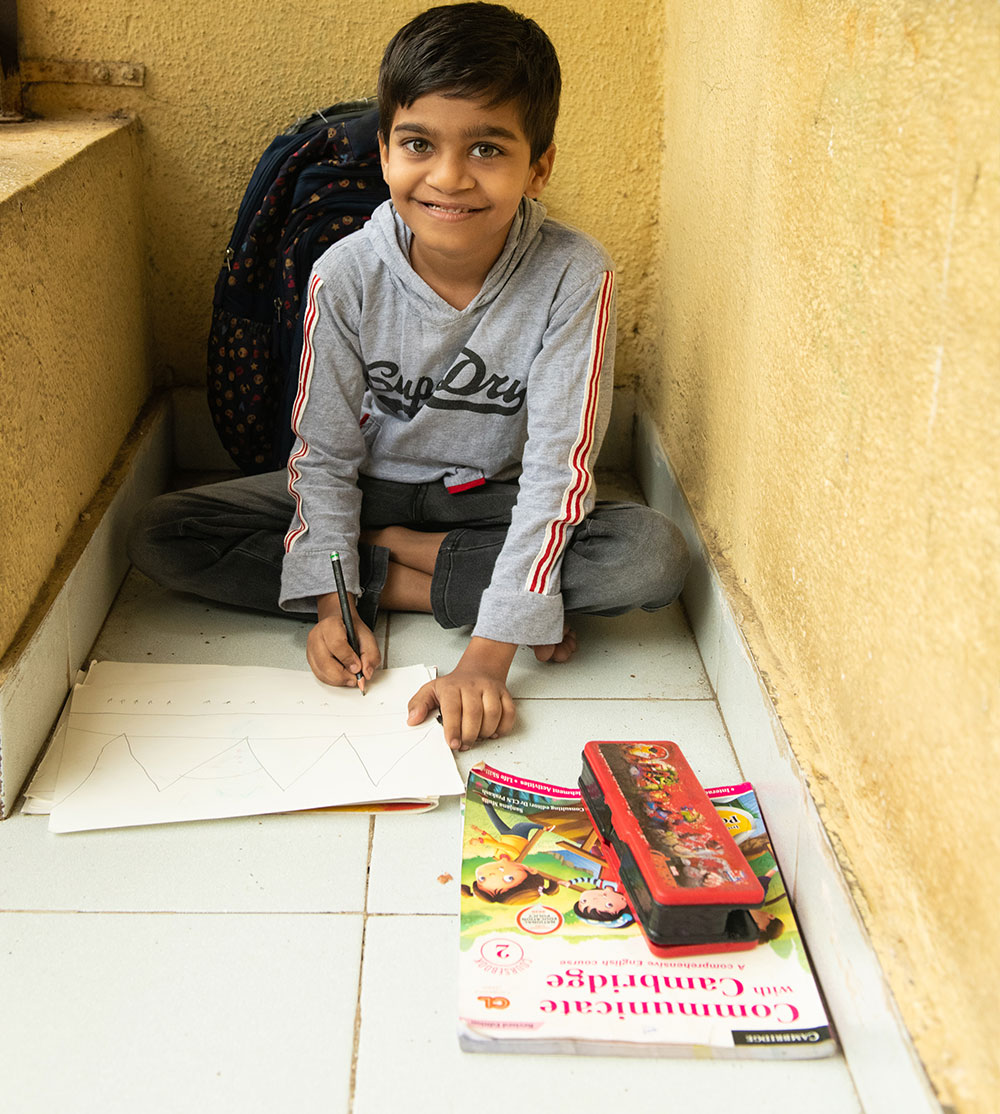 When it became clear that baby Samrat would have difficulties speaking, Dr Bharati’s team and Smile Train were there again with specialised speech therapy for as long as he needed it.

Today, Samrat is in Year Two and walks, talks, and smiles with confidence. He signs up for every school activity and loves to dance. 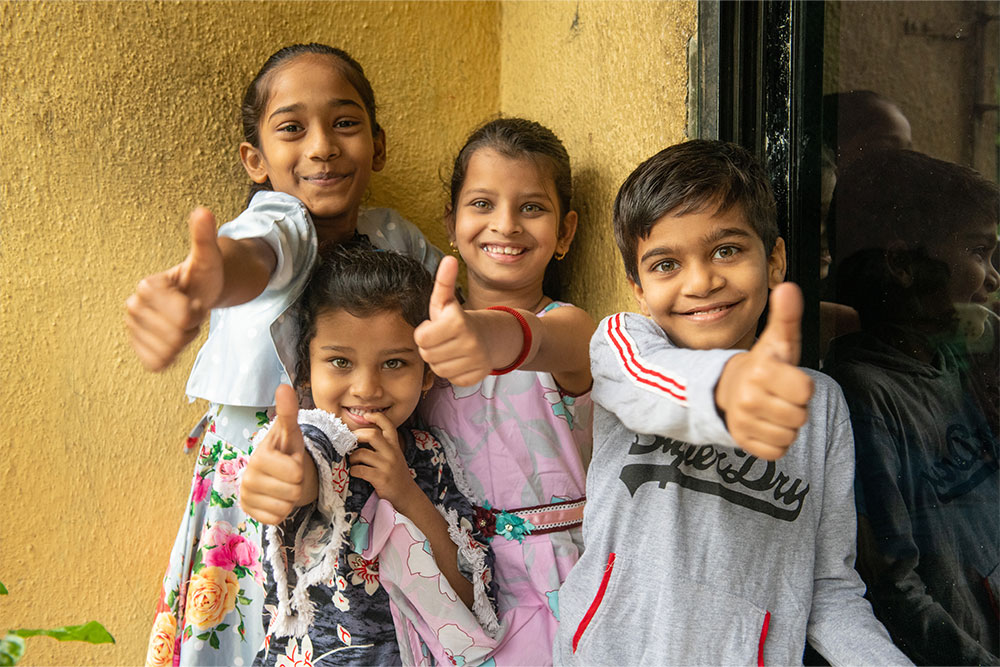 “We are confident that his future will be good", Kavita said. 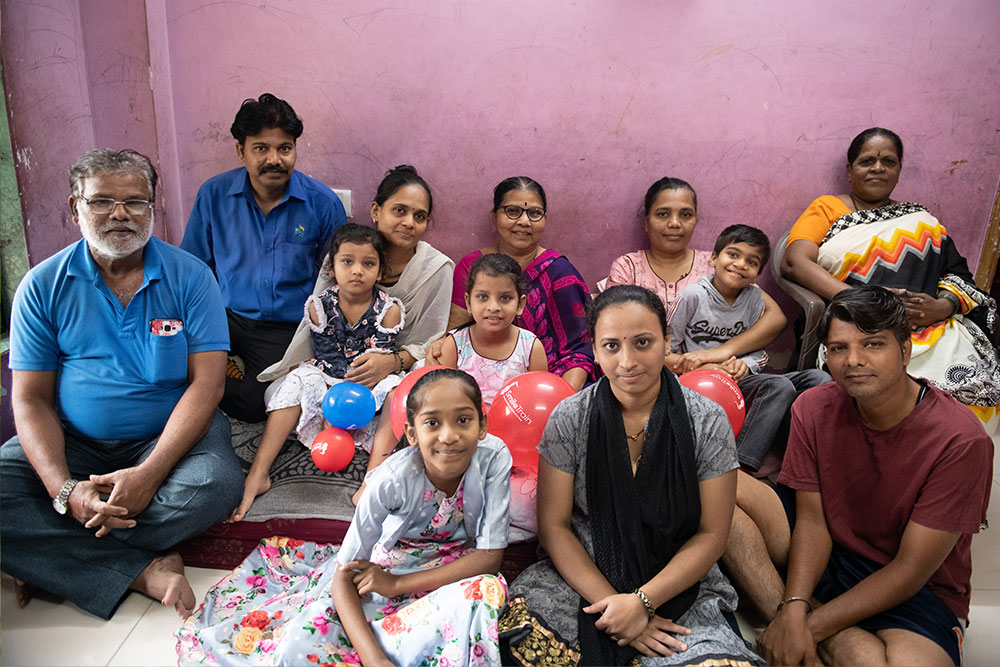 We are very grateful to Smile Train. Our lives have changed for the better. Samrat has been given a blessing by Smile Train. He has a new beginning and new hopes now. We will always be indebted to our Smile Train supporter. God bless them all.

Did you enjoy reading this article? Read more stories from India.

Patient
Pinki, Keep Smiling. Always.
My line of work is so immersive that one gets deeply entrenched into an ecosystem of...
READ

Community
Nurturing a Healthy Start!
If you meet Sonali today, you will probably never suspect the arduous journey she and...
READ

Community
A Day with LIVA Miss Diva Universe 2022
We are thrilled to introduce you to our newest supporter, Smile Maker, LIVA Miss Diva...
READ