Pyari Gets Her Lovely Smile!

In a small town called Kashmore in Sindh, at a time when India and Pakistan were not divided — a little girl was born with a cleft. In an era rife with superstition and sexism, being born with a facial birth difference was akin to a curse. Despite being her parents’ first child, the fact that she was a girl — and a “different” one, at that — gave birth to a host of issues that would haunt her for life. As a baby, her relatives refused to hold her, and the villagers blamed her mother for committing a sin that made God angry. Even her father wanted to abandon her, but her mother’s love and steadfast belief that her daughter was special helped her cling on to life. She was named Pari — a word that means beautiful.

When people heard her name, Pyari’s mother was openly mocked, and asked why her daughter should be called ‘Pyari’ when neither her looks nor her luck would be ever beautiful. Undaunted, Pyari’s mother ignored their unkindness and insisted that she be addressed by her given name. While trying to be the anchor in Pyari’s life, her mother braved daily fights and taunts, which, ultimately, led to her parents' separation. Her mother took Pyari to her parents’ home in Tharparker, now in Sindh, Pakistan. Her maternal family had no love for Pyari either, but they accepted her because of her mother. Growing up, she was rebuffed by her peers when they played, and she was always either pitied or belittled. Pyari hardly ever stepped out of her house and lived a life in the shadows. She never attended school, was never welcomed at any family function, and never found love. Despite it all, Pyari lived on to become an old woman who had stoically taken the blame for any family crisis or ill luck in others' lives, despite no fault of her own. 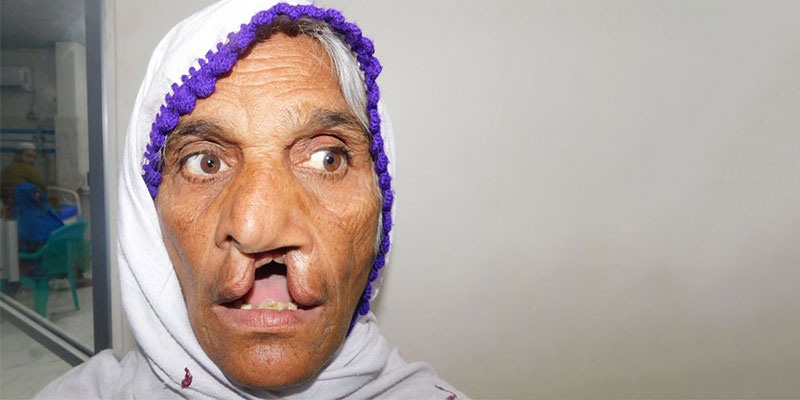 In the autumn years of her life, when the earning members of her family had passed away and a major financial crisis loomed ahead, Pyari knew that it was time for her to step out and earn her independence. Without any education or skills, she was left with no choice but to work as household help. To her surprise, no one accepted her for any kind of work due to her birth difference, so she resorted to making handicrafts. One day, when she was out to sell her handicrafts in the market, she met a family with a child who had received a cleft surgery by Smile Train partner, Smile Home Trust.

She couldn’t believe their words when they informed her that her cleft can be treated and that too for free. But 400 Kilometer journey to Larkana, was out of her reach. Nevertheless, she somehow managed to contact Smile Home Trust and was overjoyed when she learned that with the help of Smile Train, Smile Home Trust was supporting free transportation from Thar to Larkana and back for all patients. 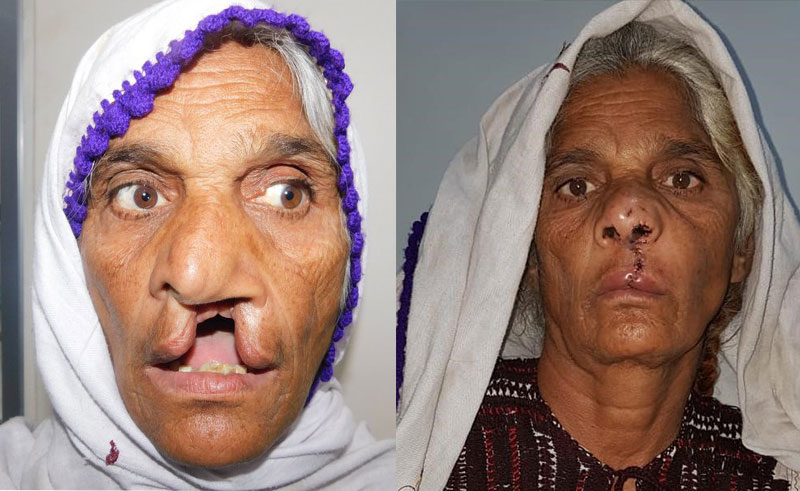 Prior to her surgery, Pyari remained in a constant state of shock and confusion, and trembled during her pre-operative assessment when chief surgeon Dr. Irfan Ishaq tried to comfort her. She narrated her story in tears, for she couldn’t believe that a turning point had finally arrived in her life. The surgery went smoothly. When Pyari saw herself in the mirror for the first time after the surgery, she burst into happy tears. She kissed the hands of the surgeon who had made this miracle happen and praised Smile Train’s team. Her smile was worth the wait and lived up to the beauty of her name.

As told by Pyari Mithal, a 70-year-old woman who underwent cleft repair surgery at a Smile Train partner initiative with the Smile Home Trust in Pakistan.

Community
The Art of Smiles!
READ