Nurse Shoba - The Face of Kindness! 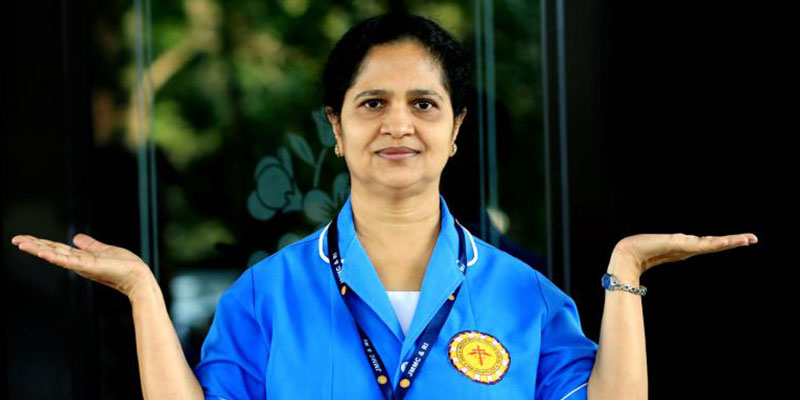 Since I was a child playing on the streets of Kuttanellur, I dreamt of becoming a nurse. Though nobody in my family was in the medical profession, I was determined to make it my career. I worked hard to study nursing, and finally achieved my dream in 1993. In 2007, I started working in the children’s surgical ward at Jubilee Mission Medical College and Research Institute, Thrissur, which is when I first found out about Smile Train.

When I was appointed to the children’s surgical ward, I was immediately interested in cleft patients and their families. As a mother, I could understand the pain in the parents’ faces when they first brought their children in for treatment, and then their relief after the surgery. It was always satisfying to know that I had played a role in making them happy. Even today,  I assist in nearly 75 surgeries every month, and each smile that I see after a surgery is completed is priceless to me!

Two weeks ago, I met a family whose story touched me deeply. The father was an old man, and his wife had passed away due to various health issues. Supporting his family of three children, he didn’t have the money required to treat his daughter, Remya’s bilateral cleft lip and palate. As a result, she had lived with one for over nine years without getting it surgically corrected, before they found out about Smile Train. They came to our hospital and Dr Adenwalla successfully performed the cleft surgery. Remya could hardly recognize herself afterwards! I saw the father and daughter holding each other and weeping in joy. They had never thought they would live to see this moment.

Smile Train did not only cover the cost of Remya’s surgery, but also the cost of their transport. This meant a lot to them, because they had come all the way from another state for the treatment. When they left, they had tears in their eyes as they thanked us. I look forward to meeting both of them again in three months, when she comes in for her second surgery.

I have been fortunate to be born and brought up in Kerala, in a progressive and educated society, where it is not uncommon for women to work. However, I know that may not be the case everywhere. I hope that one day, we see a country where all husbands and children will be as supportive as mine are, where housework is not seen as only a woman’s prerogative, and where every child has equal access to healthcare.

Community
A Smile That Cannot Be Eclipsed!
When our little baby boy was born, our happiness knew no bounds. However, our joy was...
READ