Home > Stories > Now Nothing is Impossible for my Nephew, Om!

Now Nothing is Impossible for my Nephew, Om!

It is difficult to hide your true emotions, especially from someone who is awaiting the greatest happiness of their lives. If someone asks me about the toughest phase of my life, it would be during my sister’s pregnancy. I remember the day when I took her for a sonography — the doctor told me that the child will be born with a cleft lip and palate. I was not only disheartened when I found this out, but also had no clue how to tell my sister and her husband. I decided to leave it up to God, and to not discuss this with anyone in the family until Om was born. 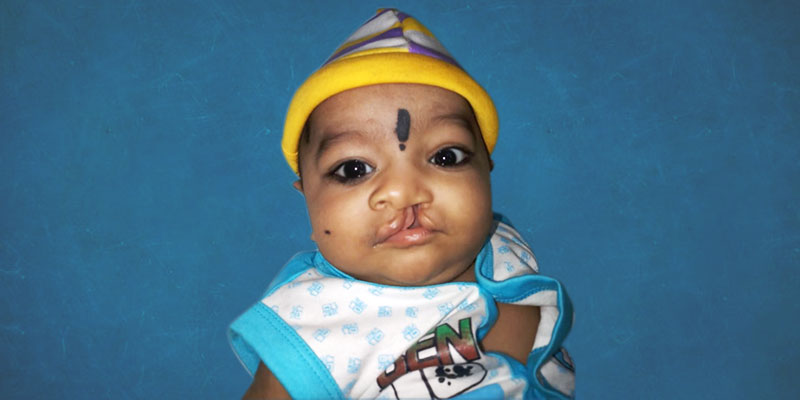 Finally, the day arrived, and as predicted, Om was born with a cleft lip and palate. The family was shocked. Om was an only child and everyone had been extremely excited about his birth. Nobody had any idea about what a cleft was or why it had happened. Instead of celebrating the arrival of a new baby in the house, everyone was angry with my sister for giving birth to him. Relatives and neighbours came to us with various reasons to blame my sister for this, but nothing affected me. I stood by my sister and made enquiries to several doctors to find a solution. His father doesn’t have a steady job and takes up odd jobs to make ends meet.

It was a great relief when we found out that we could have Om operated for his cleft free of cost under the Smile Train India programme. Without a second thought, we admitted Om to Smile Train India’s Partner hospital, RB Shah Mahavir Super Speciality Hospital in Surat, which was supported by ONGC Hazira under their CSR program.

The one hour when Om was in surgery seemed endless - we were all restless and filled with mixed emotions. We could not wait to see our child smile! When I finally saw Om after the surgery, I couldn’t stop myself from clicking his picture and sending it to my relatives who once mocked us. Today Om is around a year-and-a-half old,and we await the time when he will grow up to be a successful person.

Although I have moved out of Surat now, I often visit Om and hope he will achieve all his dreams. 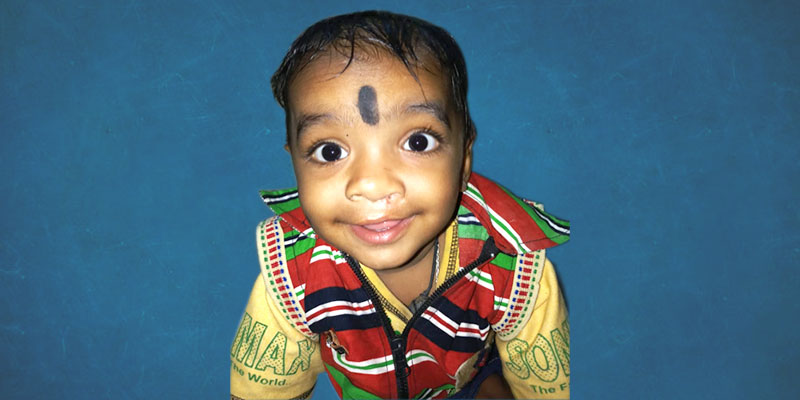 As narrated by Kabir Gaud to the Smile Train India team. Om is his nephew. Om received free cleft treatment at Smile Train India partner RB Shah Mahavir Super Speciality Hospital at Surat. The program at the partner hospital is generously supported by ONCG Hazira under their commitment to corporate social responsibility. Om is among 27 children to have received free cleft treatment so far under this partnership.