IT’S NEVER TOO LATE TO BEGIN YOUR NEW JOURNEY

Young Durgesh from Uttar Pradesh makes for an exemplary cleft warrior, who at the age of 18 years overcame odds for a fresh start.

Born in a village near Azamgarh, Durgesh’s mother waited till he was six years old before she even consulted a local doctor for his palate. The misinformed doctor however warned the family that a surgery could be life threatening. Hence, they abandoned seeking treatment for Durgesh.

This lack of awareness about cleft treatment had severe consequences for Durgesh. His untreated cleft palate made it difficult for him to speak clearly. He needed to repeat his sentences two to three times for others to understand. 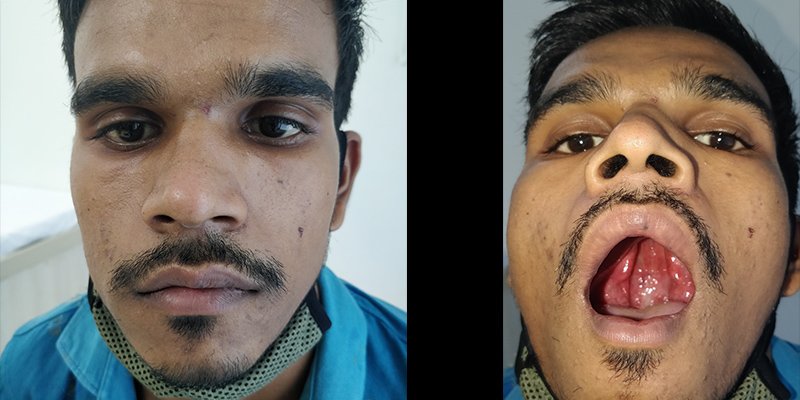 After a couple of years, in the hope of a better life, Durgesh decided to move to Delhi. While his cleft palate continued to cost him his clear speech, he managed finding a job as a daily wage worker in order to support his parents in the village. His dedication, hard work and sincerity ensured maintaining his job but his unclear speech brought a different set of challenges for him. People mocked him for his ‘funny way of talking’. As a result of the constant nagging and being subject to people’s jokes at work, Durgesh was determined to have his cleft palate treated.

A determined Durgesh began searching for information about clefts on the internet where he came to know about Smile Train and the free and safe treatment supported by the organization. He contacted Smile Train India’s cleft helpline and was guided on how to avail the free treatment. 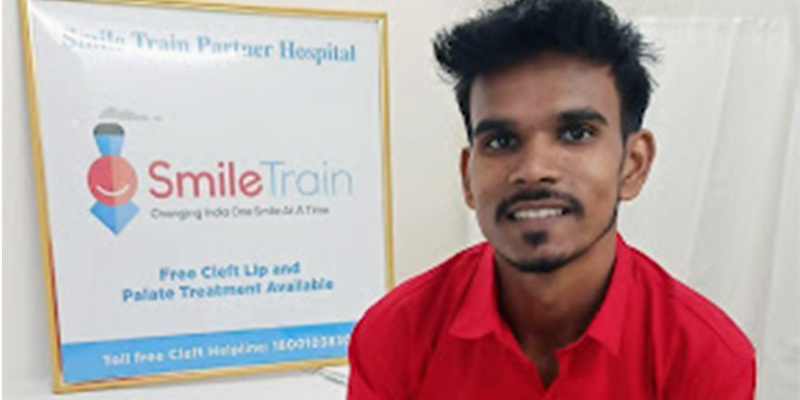 Durgesh was operated successfully for his cleft palate in 2020 at Smile Train India’s partner hospital National Heart Institute’s team of surgical experts. Post-surgery, he underwent speech therapy for a year. His parents and peers find his speech significantly improved. Everyone understands his words clearly now. Durgesh hopes to further improve his speech with the team of experts at Smile Train.

“My confidence was shattered because of my cleft palate. My ability to speak as clearly as anyone else made me a new person. I can’t believe the change that surgery brought in me. I feel proud when I do not have to repeat sentences to explain myself.  I am truly grateful to the Smile Train team for the new me!”

“While my parents were skeptical initially, they now propagate awareness around clefts. Superstition and ignorance about clefts should a child’s right to live a healthy life!” shares Durgesh.

Durgesh is currently working at an import-export firm in the textile industry, where he is an assistant to the manager. He shares that he is happy doing his job and wants to excel in his field.

He feels that there is a need to spread awareness in villages about the availability of surgery to correct cleft lip and palate and that too for free! Durgesh is greatly obliged with the help rendered by Smile Train and Dr Karoon Agrawal’s cleft team at the National Heart Institute.

Patient
Bhargavi: Commitment and Compassion in Mumbai
When Swati and Manoj learned they were expecting their first child, they were happy and...
READ