From Grassroots to the Sky - Helping Cleft Patients Fly 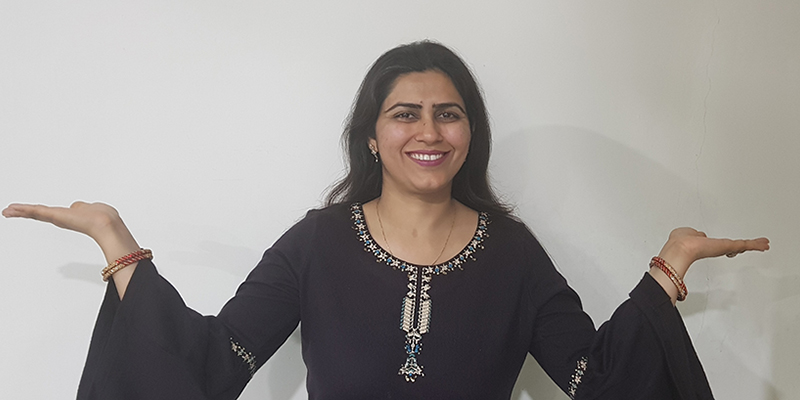 Clefts are a sensitive issue in a country like India. Many patients are unable to afford the surgery and live in far-off areas without proper access to information or healthcare.

Due to social stigma and superstitions, family members often blame the mother of the child and even disown her in some cases. The situation is worse for female children born with clefts, as they are frequently neglected or abandoned. These issues make clefts a cause close to my heart, and I like to play my part in transforming the lives of patients who live with untreated clefts.

I have been working at Amandeep Hospital as an anaesthetist for over twelve years. Initially, my senior, Dr Pankaj Soni, was a Smile Train partner, and I assisted him with several cleft surgeries between 2006 and 2016. Around two years ago, I assumed his mantle and became the Smile Train representative from Amandeep Hospital. In this period, I have single-handedly worked on more than 1000 cleft surgeries, ensuring that safety is our first priority.

Last year, we had a patient with a very severe cleft, which did not only affect the lip and palate, but stretched up almost till the eye. Moreover, she was blind in one eye. Our team worked closely to provide the child with three surgeries, all of which were supported by Smile Train India. After the surgeries were done, one couldn’t even tell that the child ever had a cleft at all - even the scar was hardly visible! The parents, who were very skeptical of doctors when they initially came in, were over the moon when they saw their daughter.

Smile Train India is a great organization because it addresses all the problems that cleft patients have at the grassroot level. Not only do they support the cost of surgery, but they also assist with post-operative care in the form of speech treatment and orthodontics. They even reimburse parents with travel fare. What I admire is the commitment to a holistic solution rather than just the support for a single cleft surgery. Moreover, they are so particular about the quality of care that most patients leave us both physically and mentally healthier than they were when they first came.

For working women, family support is extremely important. In my case, it was not only my husband, but also my in-laws who were extremely supportive. My mother-in-law helped me raise my children and brought them up to respect my work - as a result, they are now cooperative and responsible, and proud of the work their mom is doing! We have been hearing the buzzword “women empowerment” a lot in the media these days - to all those women contemplating a career, I would like to say that you should build courage and conviction within yourself. Once your family sees your drive, they will support you. For women who have successfully created careers for themselves, use your voice to help other women who may be less privileged, so that they too can shine.