India has lakhs of doctors who work tirelessly with patients to treat their illness, to support them in trying times, and to help them overcome social stigma. Sometimes, this empathy is derived from a past experience that has motivated them to make a real difference. One such example is Dr Ranu Bhandari Jain, a young paediatric dentist who was born with a cleft lip and palate, and now works with children with the same birth difference. 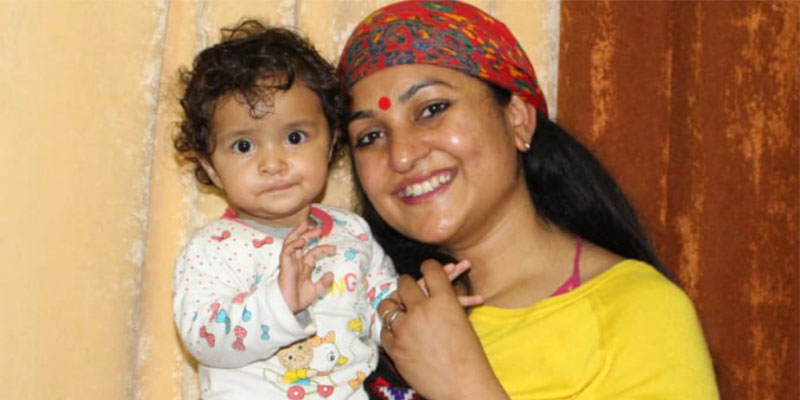 Ranu was born in Indore into a conservative family. At the time of her birth, her father was studying to be an oncologist, while her mother was a housewife. Like many children born with clefts, Ranu’s early days were difficult. Her relatives called her a “rakshasi” (demoness) and constantly taunted her mother, blaming her for Ranu’s condition. There was no emotional support from these family members either.

Luckily, Ranu’s father was a doctor, and knew that clefts could be treated. He took Ranu to Mumbai for surgery. At the time, naseo-alveolar moulding (a non-surgical method of reshaping the gums, lips, and nostrils prior to cleft surgery) did not exist, and the surgery was not as successful as the family had hoped.

Growing up, Ranu faced speech impairment due to her cleft, and was laughed at by kids in school. Recalling those days, Ranu shares, “As I grew older, I realised the importance of willpower and started facing my bullies squarely. With time, the rest of my family also grew to become my biggest supporters. My father could afford not only my orthodontic treatment, but also a rhinoplasty surgery to correct my nose and a second surgery to repair my palate. The final results were excellent. I saw how orthodontics improved my smile and speech, and knew that I would go on to study this field.”

Ranu excelled in academics and was a topper in her exams. Ranu visited Dr. Jaideep Singh Chauhan, a Smile Train partner surgeon in Indore, to seek his guidance on how she could help children with clefts while studying dentistry. He guided her to pursue paediatric dentistry so that she could learn and perfect the technique of Naso-Alveolar Moulding. While doing her research on which college she could study at, she came across another Smile Train partner, Indira Gandhi Medical College & Hospital in Shimla, where the head of department had experience with Naso-Alveolar Moulding. She moved to Shimla to pursue her studies, and in the process, treated several children who had been born with clefts.

With each year of experience that she gained, and each successful surgery that she saw, Ranu realised that there was a severe lack of knowledge about this technique even among the medical community, even though it has proven to be so important and effective. Ranu adds, “My family was privileged, and could afford the surgeries for comprehensive cleft treatment, but the resolve and effort I have seen in underprivileged families is amazing and has often brought me to tears. It has been extremely rewarding to have had the chance to use the latest techniques in free cleft surgeries provided to them.”

Ranu has made it her mission to help as many children born with clefts as possible and goes above and beyond the call of her duty at many occasions. She also actively participates in awareness activities. One such effort was to produce a short movie that explains the technique of Naso-Alveolar Moulding and the on-ground impact it has had on the lives of children born with clefts in Himachal Pradesh.

For Ranu, if even one patient is positively impacted by the video, it would all be worth it. Watch it here — the knowledge you gain could transform a life.

As shared by Dr Ranu Bhandari Jain with the Smile Train India team. Dr Ranu is a paediatric dentist who is currently pursuing further studies in the USA.