After graduating at the top of her class in secondary school, Neela Bhattacharya became the first female student in the general surgery programme at SCB Medical College in 1994. On her first day, Neela strode through the doors with her head up and her shoulders straight. She felt the stares of everyone she passed like hands trying to shove her back outside but would not be intimidated. Focused ahead, she forged on to the welcoming session, where lowered voices and raised eyebrows greeted her. Though she didn't speak the language of this part of India, it soon became clear that none of the professors wanted her under their supervision, and fully expected her to drop out to get married before too long, anyway.

Just wait until you see me in class, she smiled to herself. Then you will have no choice but to take me seriously. But other students peeking in the windows to catch a glimpse of the girl who wanted to be a surgeon interrupted every class. Soon, even her father, who had always been her biggest champion, confessed he worried that patients would not want to be operated on by a woman.

It nearly broke her. After one month of relentless prejudice and unwanted attention in a language and culture she barely understood, she broke down and drafted a letter stating her intention to drop out. Neela was just about to sign her name at the bottom, then stopped. If she quit now, she realised, how could she take for granted that another woman would come after her?

She tore up the note and gritted her teeth. Working four times harder than her peers, she blocked out everything but her studies and aced every test. Respect followed success, and the guys soon became her most vocal cheerleaders. Before long, she was put in charge of emergency admissions at the university's hospital.

Her early detractors were right about one thing, however — she did get married, to Kaushik Bhattacharya, the only other student in her cohort who did not speak the local language. But rather than slow her down, family responsibilities only upped her motivation to prove herself.

Settling Down and Shaking It Up

After graduation, Dr Neela and her husband settled into a good life together. They had two children, and she earned a comfortable position as assistant professor of surgery at Sri Ramachandra Medical College in the state of Chennai. But by 2003, she was restless. She wanted to expand her skills and decided she wanted to be a plastic surgeon. Going back to school would not be an easy choice; it would mean taking a major pay cut and finding someone to look after the children at irregular hours. It was not even clear that she would find a job — there were only seven plastic surgery openings in the whole state, and female plastic surgeons were exceedingly rare in India. 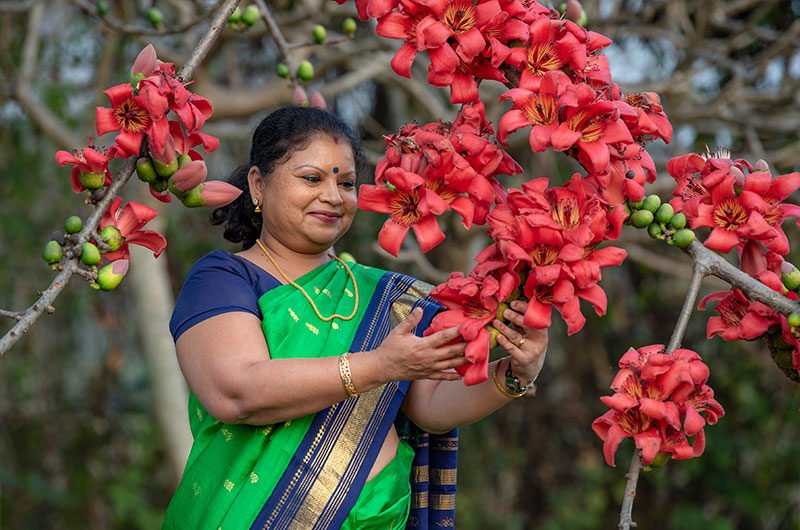 Her family wouldn't hear of any doubts. Kaushik took a higher-paying job across the country to ease the financial burden. Her mother insisted on moving in with them to look after her children even as she battled cancer.

No amount of support can make going back to school while being a mother to two young children easy. But with perseverance matched only by her passion for helping those in need, she again graduated with flying colours. 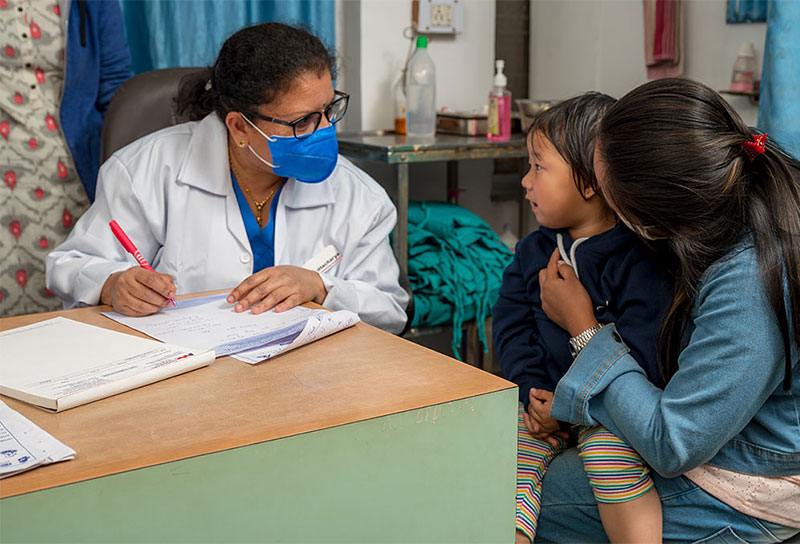 Because Dr Neela's journey to becoming a plastic surgeon was so difficult, she never lost sight of how difficult it is for so many Indians to access any surgery at all. This awareness led her to leave a comfortable life once again, this time to move to Siliguri, a city with limited medical facilities and no plastic surgeon — until she went to the local hospital, Anandaloke, and founded a plastic surgery department. 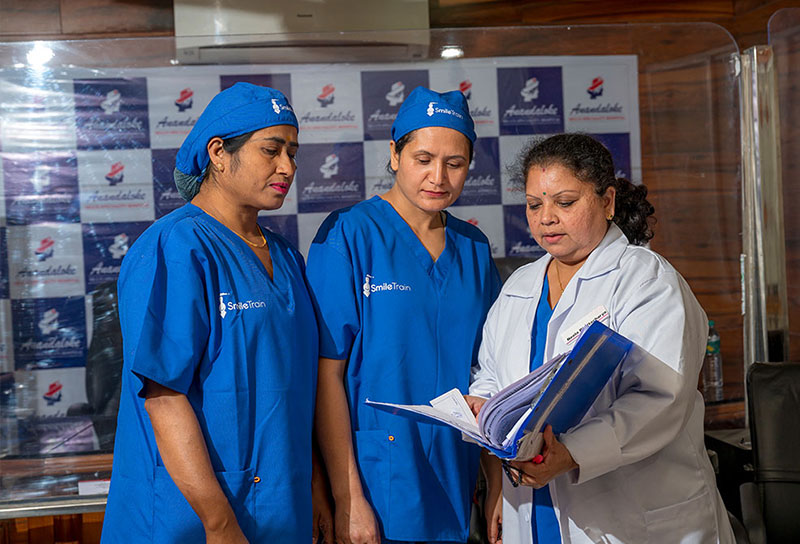 It's also what led her to become a Smile Train partner. In the 15 years since she started working with Smile Train, Dr Neela has performed more than 4,500 free, life-changing cleft surgeries for children, and many adults, who could have never afforded it otherwise.

When these patients think of a surgeon, they think of Dr Neela. 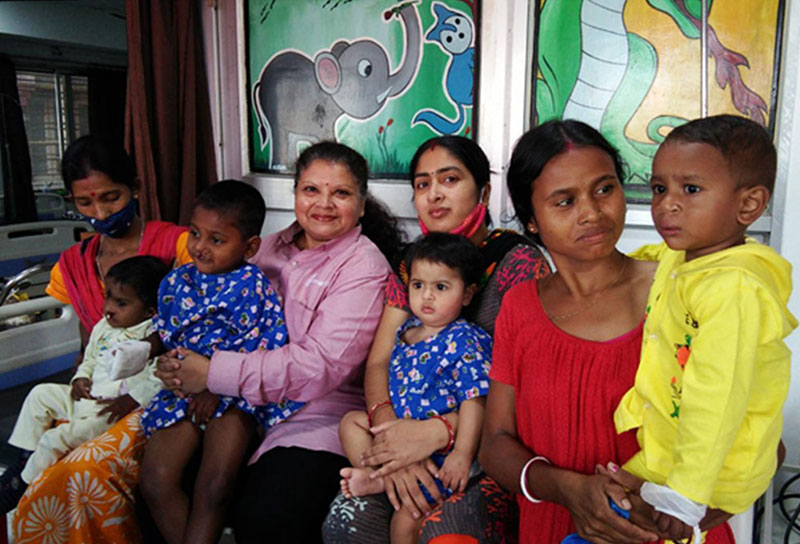 "Dreams, when spiced with passion and perseverance, have a very good chance of becoming real." -Dr Neela Bhattacharya

It's not just her patients; the whole country has since taken notice of this woman's incredible achievements. In 2015, the Ministry of Women and Child Development recognised her as one of 100 women in India making a difference at a ceremony at the Presidential Palace. She has also given a TED Talk. 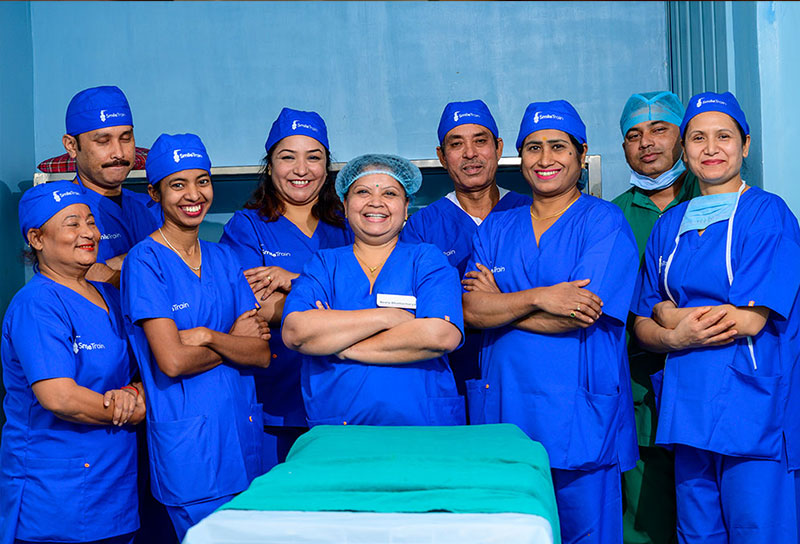 The most gratifying recognition, however, has come from her patients. "Little girls whom I have operated on 10 years back come to see me and almost always say that they want to be doctors!" 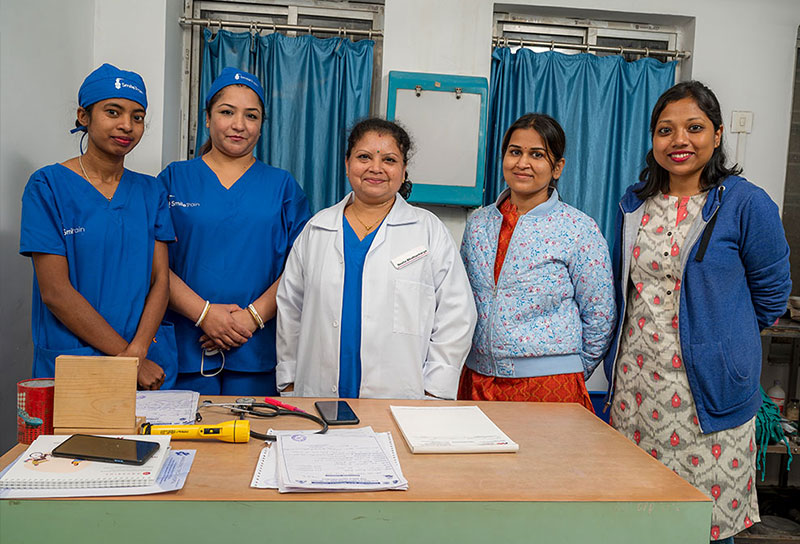 In truth, Dr Neela has made these girls' dreams possible three times over. First, she showed them that a woman can be a surgeon. Then she performed the cleft surgery that made it possible for them to stay healthy and succeed in school. And when these girls do go to medical school, they will be freer to focus solely on their studies thanks to the bravery of her and other women pioneers. "Though surgery is still a male-dominated field where women must put in 200 % to be recognised by men, there are now more women in every batch of surgical students across the country. It's no longer taboo to be a female surgeon. No one bats an eyebrow.

"I like to tell women to be like a pumpkin," she continued. "To dare to grow differently, be well-rounded, have a thick skin, and to be outstanding in your field." 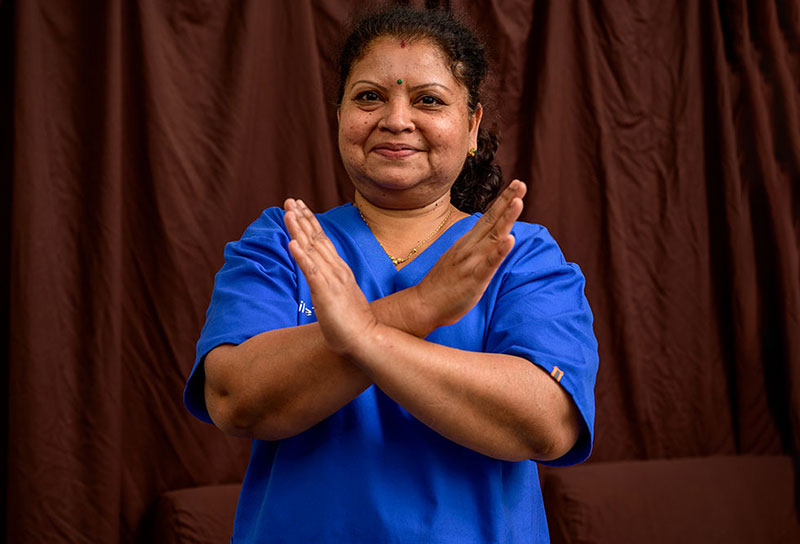 Help us empower other fearless women to #BreakTheBias, this International Women's Day and every day. Donate now

Patient
50 is the new 20 for Dhapu Devi!
Meet 50-year-old Dhapu Devi from Dhanau, Rajasthan, who lived for half of a century with...
READ

Community
The Daughter Who Lived In Darkness…
She was born to a humble family in a dusty, border village near Amritsar, Punjab. Her...
READ