In the small, winding lanes of the historical town of Badarpur, on the Delhi-Haryana border, is a tiny internet cafe owned by a couple called Ankit and Shloka*. It contains a solitary computer and is so small that it is difficult even for four people to sit inside. They aren’t well-off, but lived a happy life. When Shloka was pregnant, the couple found out that their baby would be born with a cleft.

They struggled to understand what that meant - would their child be healthy? Would treatment be possible? Could their child live a normal life? These questions went unanswered at the time. 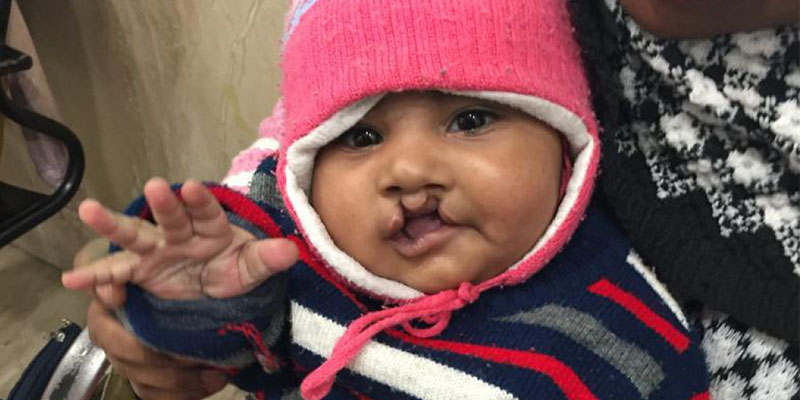 When their son, fondly called Cheeku**, was born, they were told that the cleft lip and palate could be treated by surgery, but it was unaffordable for them. The family could not afford surgery, and Cheeku’s father ran from pillar to post to find help. While they looked for a medical, rational solution, Cheeku’s mother found herself at the receiving end of many superstitions from relatives and neighbours. Instead of supporting her, they attributed the cleft lip to the fact that she had used a knife during an eclipse while she was pregnant, and the cleft palate to the assumption that she talked in bed during her pregnancy. Though devastated, Cheeku’s parents did not give up hope.

During a chance meeting with a doctor in a friend’s neighbourhood, Cheeku’s father heard about Smile Train and the free cleft surgeries they provide for children from underserved communities. He sat down in his internet cafe, went online, and found Maharaja Agrasen Hospital, a Smile Train partner. The rest, as they say, is history.

At four months of age, Cheeku underwent surgery for his lip. He will undergo palate surgery in the coming few months. His father is immensely grateful to the doctor for the care Cheeku received. “The hope and joy that Smile Train has given us is indescribable,” he said.

Cheeku is full of laughter, and is always happy to meet new people. Thanks to early intervention, he will grow up without any palate-related speech defect, and he’s sure to achieve all his dreams!