Meet 50-year-old Dhapu Devi from Dhanau, Rajasthan, who lived for half of a century with an untreated cleft lip since her family could not afford the cost of her treatment. Acknowledging her fate, she lived her life like any other normal woman in her community. Such self-acceptance is admirable but not as much as her zeal to get a makeover even at the age of 50!

Dhapu Devi was born and brought up in a tiny hamlet of fifty households in Rajasthan. She was the only child with a cleft lip in her little village, but the kindness of her family and neighbours never made her feel different. “My village had a close-knit culture and I never felt uncomfortable within or outside my house because of my cleft.”, she explained. It was only on those occasions when she had to travel outside of her village that she used to feel hesitant. She used to keep her face veiled to avoid any awkward glances from strangers. 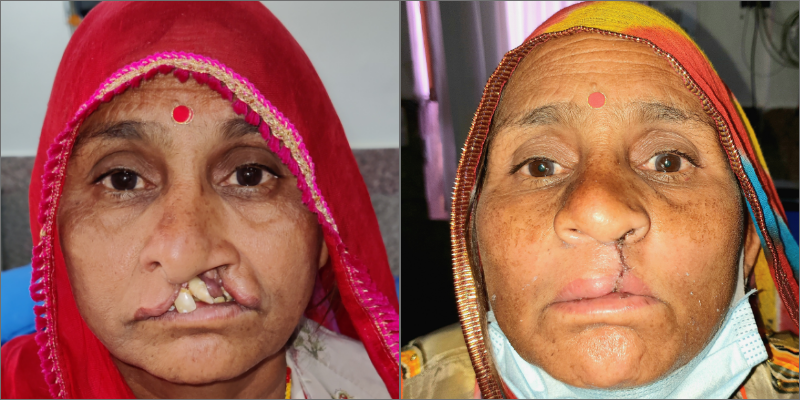 Coming from an economically backward family, Dhapu Devi was married off at the age of 15. The need to have a beautiful smile as a newly wedded bride was the first feeling that struck her but she had no one to confide in about these concerns. For the next 35 years, she spent her life raising six children and managing a big family. She knew that surgery could fix her scar, saying “the thought crossed my mind almost every night before I fell asleep but, compared to my family’s priorities, my own wishes always took a backseat.”

It was recently while visiting her unwell mother at the Goyal Hospital and Research Centre, Jodhpur, that she got to know about the free cleft surgery facilities supported by Smile Train. The opportunity to change her life with a new smile at this age was unexpected but certainly not one to be declined. She immediately consulted the surgeon and shortly after underwent successful surgery, under the supervision of the cleft team at the Smile Train partner hospital. 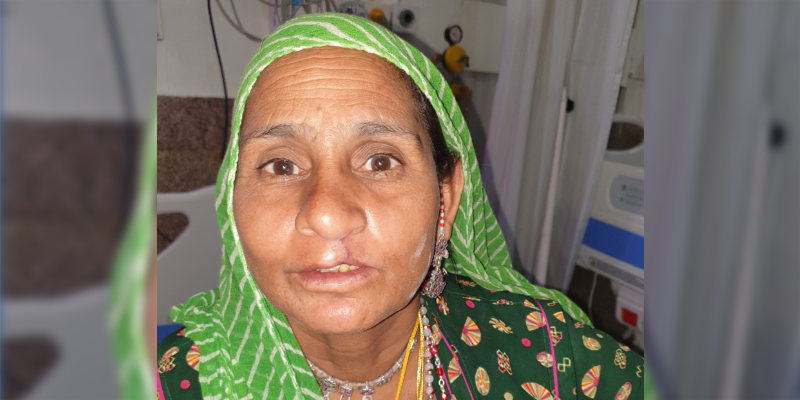 On the day of the surgery, Dhapu Devi was nervous yet happy and excited as she was about to receive a new look for the rest of her life. After the procedure, she said “I am in love with this new smile of mine. My neighbours, relatives, and even my grandchildren now look at me with awe and astonishment. I am a 50-year-old with the youth and enthusiasm I had in my 20s. It is never too late to start self-care; I have gifted myself this new life and I want to live it to the fullest.”

As narrated by Dhapu Devi. She hails from Dhanau, Rajasthan. She received support from Smile Train volunteers and partner hospital Goyal Hospital, Jodhpur.

Community
The Daughter Who Lived In Darkness…
She was born to a humble family in a dusty, border village near Amritsar, Punjab. Her...
READ

Community
Unmasking Bilques’ Smile!
I was accustomed to wearing a face mask long before the arrival of the Covid-19...
READ