Situated on the banks of the river Ganga, Varanasi, also known as Benaras or Kashi, is one of India’s oldest cities. This culturally rich city is known for its fabrics, perfumes, sculptures, and now, for its smiles.

When Gudia and Brijesh saw that their newborn son Ayush was born with a cleft, they were filled with apprehension. Though Gudia’s in-laws did not withdraw support, they asked her to stay at her parents’ place after the baby’s birth fearing an adverse reaction from the community. Their neighbours’ words rankled them — some said their son would have done better if he had been born with another disability, while others instilled fear in their hearts by claiming that Ayush’s birth difference was untreatable. This happened to the extent that Gudia and Brijesh blamed their past actions for Ayush’s cleft.

Ayush’s parents thought themselves cursed, until they met a doctor who reassured them that Ayush would be all right, and advised them to visit Smile Train partner hospital, G. S. Memorial Plastic Surgery Hospital And Trauma Center in Varanasi. Here, they met other children born with clefts, and realized that they were just like their little boy. Gudia and Brijesh were awed when they met children who had undergone cleft surgery, and when they spoke to their parents, a sense of relief washed over them. 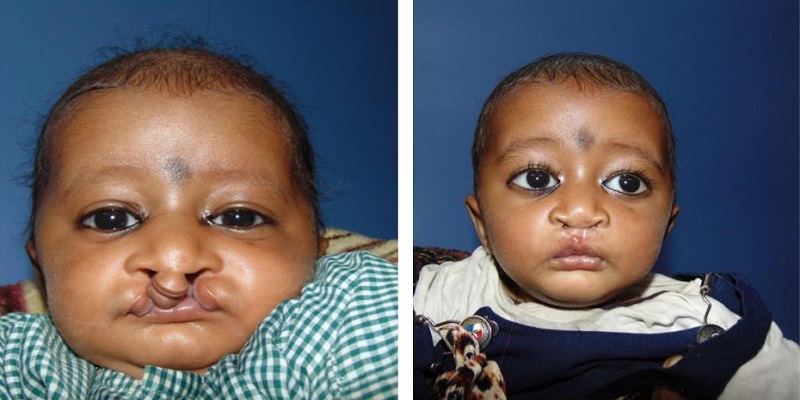 With Dr Subodh Kumar Singh and Dr K C Gupta at the helm, the G. S. Memorial team scheduled Ayush’s cleft surgery. The surgery was successful, and Gudia and Brijesh’s joy knew no bounds when they saw Ayush’s brand new smile! Ayush’s surgery was doubly special, because it marked the 35,000th SmileStone at G. S. Memorial, which has been a Smile Train partner hospital for more than 15 years. The doctors and care-givers of this hospital are elated, because their passion to help children with cleft has always been rewarded with immense faith and gratitude from their patients.

Community
Harkirat Singh Paras: from quiet kid to successful entrepreneur
Actions speak louder than words, and I believe that God chose us, the kids born with...
READ

Community
A Man With God’s Own Mind and Hands
READ